Oral language is a term I became familiar with in my later years of teaching. Partly because I worked with speech and language therapists as head of a speech and language base, and also because I work predominantly with teenagers who are emerging readers. Those pupils often had dyslexia, Autism Spectrum Conditions or ADHD. However, I learned of a new group of young people who didn’t have particular difficulties with phonics when learning to read but struggling more with comprehension.

These young people had oral language difficulties. I now know the term is developmental language disorder (#dld). It affects children’s expressive (talking) and receptive (understanding spoken language) skills. While it can be discrete, there are cross-overs with dyslexia and autism, which will come under the SEN term, Speech Language and Communication Needs (SLCN).

Teachers don’t necessarily recognise the term, 'oral language'. 'Spoken language' may be familiar, although that misses out listening. 'Speaking and listening' is a recognisable term, especially for secondary English teachers. It may be shifting further into teachers’ terminology due to a school called School 21, which stresses that oral language capabilities in their own right are vital for our young people. School 21 has created an excellent product that schools can now buy into called Voice 21.

Schools who use this approach call it oracy and there is even an All-Party Parliamentary Group (APPG) dedicated to oracy in schools.  Oracy does not necessarily take into consideration the SEND, #DLD or those under the umbrella term of SLCN.

Returning to oral language however, we need to know as teachers how absolutely vital this skill is. It is the precursor to reading and makes up three out of five elements that enable a child to learn to read. Professor Maggie Snowling explains it well here. Essentially, reading is separated into two elements, oral language and phonics. Within phonics there is phoneme awareness and letter recognition. In oral language, there are three skills required: active listening, vocabulary and narrative skills. These are the building blocks for reading and academic success. It is easy to see how, if a child has oral language difficulties that this could negatively affect their lives in school.

What can a teacher or home educator do? Tip 1: Pre-teaching of words

Teach vocabulary clearly and in different contexts. Using a framework such as WordAware is useful. Basically ensure letter sound knowledge of word, chunk it into syllables then get children to say the word out loud as well as writing it. They then hear it and see but do they understand it? Can they use it in a sentence? Use it in different contexts? Know what it isn’t? Know other words that mean the same? An exploration of words helps all children, but for those with oral language difficulties, it can mean the difference between ‘getting’ a lesson or being lost throughout.

Also, remember that it might not just be subject-specific words. For example, words such as explore and analyse. Think about value. ‘I treasure this item.’ can be ‘I value it.’ but in maths, value has a slightly different use although deriving from the same meaning. Think of a child who struggles with language switching from history perhaps where the 'value of human life' is discussed and then going to maths and discussing 'value'.

I’m a chatty person and I talk a lot. Sometimes when I get excited, I talk so much that I’m trying to say three things at the same time. It can happen at the worst times, in staff training when I go off-script and tell a story I haven’t rehearsed, but also in the classroom.

So you may think this is the 'pot calling the kettle black' when I tell you this. But I can be very different when I’m teaching a subject. I repeat and refine, retell, shorten and use visuals. When I am in ‘teaching mode’ I generally do simplify my language to get the message across. This should not be confused with dumbing down a subject, children need to know the subject-specific stuff. But how that is packaged can be made easier (language used to carry this). Multiple clause sentences are harder to extract meaning from, layers of unnecessary language more difficult to understand.  It takes practice to use simplified carrier language but it can help.

Walk into any special school and visuals are part and parcel of the total communication system within it.  This does not necessarily happen so much in subjects or in mainstream schools however yet visuals make a huge difference in understanding concepts.  The ways things are presented equally so.   Keeping things simple helps to declutter the mind and visuals are a way to help with meaning when language is a challenge.

Another tip linked to visuals is to use a mini whiteboard to scaffold instructions, this can help give a pupil immediate visual support with little preparation of time for teaching staff.

Also read: SEND with Daulby: Unseen teaching tweaks that make all the difference

Tip 4: Be aware of metaphorical language

‘Let me walk you round.’ I say to a class about my new classroom.  I turn round and there’s a child right standing right behind me, so close that I nearly trip him up. He’d understood a physical walk rather than me moving and everyone else sitting down watching.

‘Do you want to choose a question?’ said a TA.

‘You asked me if I wanted to. I don’t.’ replied the student.

A young person walks in late to class, as he walks in the teacher shouts, ‘Sit down!’, the student sits down on the floor.  The teacher sends him out for being rude.

It is easy to see where miscommunication can happen and also how such situations may escalate into a behaviour issue when really it is the lack of understanding of language which has caused the problem not a child being challenging.

A few years ago when I was in working in a Speech and language base, one of my students was going through a particularly rough patch.  I was struggling to find the cause but after a bit of delving and discussion, I realised that he hadn’t understood what the word ‘mock’ meant.

In assembly, in classes (including mine), staff were all talking about mock exams.  For him, he’d just understood exams and so his stress was linked to the fact that these were real exams and he was worried about failing and not getting into college.  He was stressed as he'd thought the exams were in the summer.

Tip 6: But don’t assume they haven’t understood if they don't reply immediately

Part of a language difficulty is processing speed.  Many students with #DLD are able to pass exams, answer questions and thrive, but only if they’re given extra time to process information.  It may be that just 10 seconds of thinking time could make all the difference to a pupil.  Another alternative is to come back to them – pose the question and say, ‘I’ll come back to you in a minute.’

Lily Farrington explains what it’s like to have #dld in the video below. It’s really worth watching.

So in summary, lots of time, repetition, visuals and short concise language will make a big difference to children with language difficulties.

As always, speaking to the child and their family to find out what helps is good practice, while children have similar traits, each person is different.

Become a Patron! - The SNJ Patrons' EXCLUSIVE November SEND update Newsletter is OUT NOW! If you're a patron and you haven't received it check your spam. No joy? Get in touch. 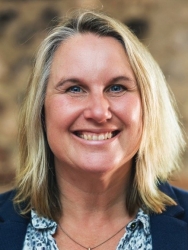 Jules Daulby is an experienced inclusion, literacy and assistive technology specialist, writer and public speaker. She has worked in education for more than 20 years as a teacher and in strategic and advisory roles. Jules is also a national leader for @WomenEd and @WomenEd_Tech, both set up to support existing and aspiring women leaders in education and technology. She also campaigns for the prevention of exclusionary practice in mainstream school. Jules is committed to inclusive and comprehensive education. Jules sits on panels as an inclusion expert for the DfE’s Standard and Testing Agency, regularly gives keynote lectures such as the Annual National award for SEN Coordination Conference at Manchester Metropolitan University and Harris Academy’s teacher training programme as their literacy and dyslexia expert. Her engagements take her round the country having spoken at The Festival of Education, South West’s special school heads’ conference and internationally, where she recently spoke at EduRosey’s Education Festival in Switzerland. Jules writes for publications such as Schools Week, Teach Primary and the Times Educational Supplement. Recently she gave evidence to the Education Select Committee on preventing exclusions, has appeared on local and national TV and radio discussing exclusions and alternative provision.
View all posts by Jules Daulby →