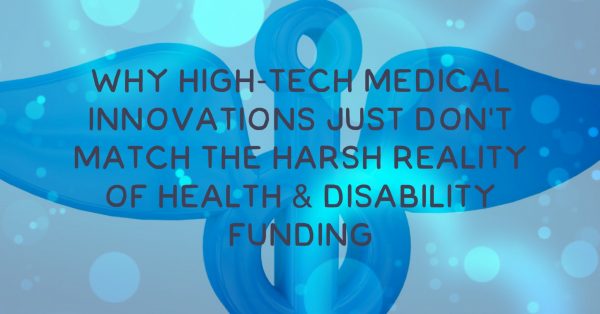 As soon as they became our neighbours, our mother sent us round to play with the kids next door. Vivacious twin girls, of no interest to me, and the boy.

Fascinating, solid, always listening, he hadn’t yet reached his teens but his voice was gravelly, urgent; and he was so fair-minded that he insisted on halving his tea with me. Actually, he ate half of each cheese and tomato sandwich before handing me the remains. He watched my reaction respectfully, breathing heavily after our play. Then I noticed the grinding of his teeth, the gentle movement of his beautiful eyes, his sore lip. He went to school on a minibus. My sister and I have both spent our adult lives teaching children with additional needs. There are relatively few coincidences in life.

My real name is an English translation: in Hebrew it means “son of consolation”. The name was chosen after my mother miscarried the previous year. Recently a parent told me they had lost one too, at Christmas. Little people… Our son was born at Christmas, 26 years ago, and my head was filled with stupid ideas I’d take him home with me. But he had a rattling chest and they put him in the special care unit. I drove home in an empty car while he and his mother stayed in hospital, coming face to face every couple of hours through a screen. This Christmas we expected him home from duty abroad, a gorgeous, strapping man with a kit bag; but his leave was postponed. It felt familiar. Happily, he’s coming home next week and that’s our consolation.

If you hold your hands out long enough, God places something fragile there: often it’s just hope. Yesterday I read this article about the 100,000 Genomes Project which is helping to identify debilitating “mystery diseases” and change lives. Please read it: it’s quite remarkable.

By the time you read this post, the Human Fertilisation and Embryology Authority (HFEA) will have considered Dr Kathy Niakan’s application to genetically modify embryos. If the HFEA agrees - and that’s very likely - Dr Niakan will become the first person in the UK to do so, using a technique known as CRISPR gene editing. If you imagine our DNA as an entire encyclopedia, she says CRISPR has the precision “to alter a single letter on a single page”. Her aim is to turn off genes at the single-cell stage, in the first week after fertilisation: many of them are unique to humans and cannot be studied in animal experiments. Is infertility her main target, or the vast gaps in our understanding of embryo development?

Doubtless it will provoke debate on the same scale as Dr Diana Bianchi’s 2011 blood-test breakthrough, known as NIPT: two million non-invasive tests have been carried out in 4 years, capable of detecting the trisomy 21 (Down Syndrome) chromosomal disorder in the first trimester. Last week, Tulip Siddiq MP called in Parliament for the test to be made available through the NHS, which currently offers amniocentesis with a 0.5% chance of miscarriage and significantly lower accuracy than Bianchi’s NIPT. I’ve read many clear arguments from parents who would rather have precious funding spent on improvements in health treatment for the co-morbid conditions associated with Down Syndrome than on detection. But I think Ms Siddiq will be successful and I expect NIPT soon to be offered routinely, once trials in the North Thames region are reviewed. Make no mistake: after years of speculation these are huge steps.

But what then? Bianchi argues that, 15 weeks into pregnancy, the brain grows more slowly with Trisomy 21 – critically so - and suggests intervention may be possible. (SNJ columnist, Hayley Goleniowska's blog, DownssideUp examines issues around testing and Down Syndrome in depth). Yet pre-natal drug treatment to promote cognitive development is far, far away; and here’s the problem with medical innovation… headlines. Lay your money down now: the papers and the evening news will move on to the next big story long before anything actually changes in the way that services work with parents to allow them to plan their own lives and a future for their child. SEND reform? Really?

The funding mismatch between hopes and reality

The nonsense being spouted by certain authorities still, in 2016, shows they’ve scarcely read the Children & Families Act, much less thought about putting it into practice. Provision from 0-25? Headlines... I wrote in these pages last year that the Department for Education knows the problem and that they can fix it. In November the government’s spending review offered some protection for school budgets but it cut funding for statutory services provided to schools by local authorities and it piled on the pressure for other services which are vital to children with SEND. The Local Government Association stated that local councils face a £4.1 billion cut by 2020 against “almost £10 billion in further demand-led cost pressures…”

Health services face similar problems: I work with local commissioners and I know the need to save money across all services is impacting on the availability of professional help for children and young people, despite the government’s promise of £1.4 billion investment in children’s mental health services over the next four years.

So while local area inspections of SEND, due to begin in May this year, appear to be a step forward in terms of accountability, they may be less of a ‘step’ - more just a toe in the water. In December, the Public Accounts Committee published a highly critical report on the Care Quality Commission (which will carry out the local area inspections with Ofsted); Meg Hillier MP, Chair of the PAC, said:

"Six years after being set up the Care Quality Commission is still not fully effective. There’s too often a long gap between inspections and reports being published - and sometimes an alarming lack of attention to detail when reports are being prepared.”

Meanwhile, the DfE published interim recommendations about Key Stage 1 and 2 tests which mean that, even if a child with a disability is meeting the standard of the test, he or she can be excluded from taking the test if the school lacks the resources to accommodate them (or doesn’t want the child to feature in the stats…). The Equality Act exists to prevent this kind of discrimination and I have asked the Children’s Commissioner, Anne Longfield OBE, to intervene.

What does the future hold? Below, I’ve summarised the outlook from two very different perspectives: see if you can spot the difference. Can we re-write this script? At my lowest moments, I doubt we can even change a single letter on a single page. 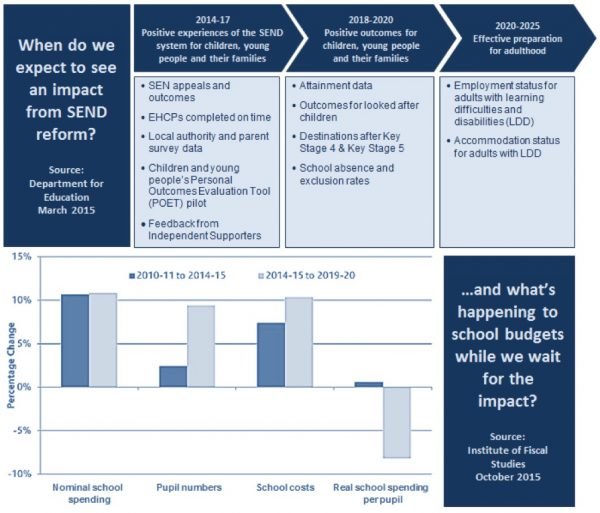